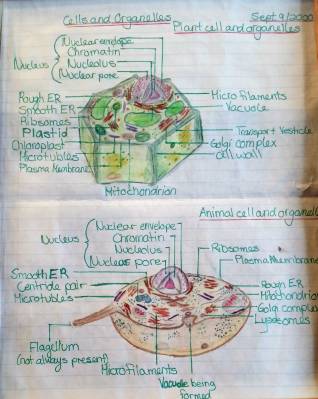 Many children love BioArt because it allows them to share with their readers the new views of a world that they can only imagine through colours, shapes and funny names.

Isaac Newton in his third book the Pricipia the "System of the world", describes the four rules of reasoning and demonstrates that the principle of gravity is in agreement with the phenomena. Newton does not assign a cause, and concludes that "to us it is enough that gravity exists". Newton's demonstration was based on induction. Adam Smith took the concept of nature as a law bound system of the matter in motion and in his model he represented society as a collection of individuals pursuing their self-interest in an economic order governed by the laws of supply and demand.

A function is known in biological systems as something done to a system through causation and evolution. In mathematics, a function is a relation between a set of inputs and a set of permissible outputs with the property that each input is related to exactly one output.
If we take as an example nitric oxide (NO) the molecule is known as a regulator and mediator of numerous processes in nervous, immune and cardiovascular systems. Because it has a wide variety of functions that extremely important in supporting life it was named the "Molecule of the Year" in 1992.