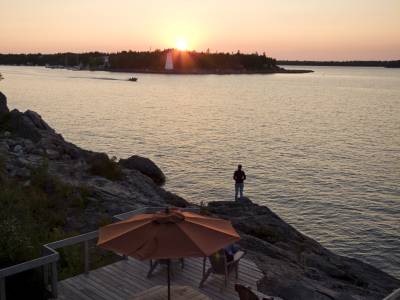 My inspiration for this article is “The Titan” movie because there is a similarity on how the order of things have been changed in the 21st century. We all know how important the environment is for everybody and everything to continue to exist, yet it appears that some top level made decisions have disturbed the environment even more.

Humans or at least many people have excellent qualities as charisma, outgoing and supporting each other, believing that this world is a place for everybody, willing to work and be the ones developing the systems that increase the quality of everybody’s life etc.

In the movie, a doctor makes genetical changes and DNA’s alterations that will ensure that the next generations of humans are capable to survive on a different planet that has a different composition than Earth. The reasons that humans lost the Earth is not well explained, but there are obvious reasons that we are no longer welcomed here. Yet this phrase “Instead of “trying to shape climate in our image”, says the scientist, they are “evolving humanity into the stars” is seen today in most of the organizations. The environment is a clear outcome of how today’s organizations have made changes that impacted today and future generations. The causes and effects are obvious as many countries have experienced draught, fire, water, winds etc. at a much larger and wider scale than some years ago.

Human Resource people, as a different branch of “doctors” are even trying to create skills that most of the time can’t be matched to human beings unless there has been a long exposure to unhealthy environments. People are being pushed and shuffled all over the world and across companies or organizations mainly because there is less understanding about how much the DNA can be altered or modified to meet someone else’s scoreboard.

Transformation in businesses does not happen because people need to be transformed, but rather businesses need to be built to support the human needs which in a large majority coincide with the customer needs. People who do the work are also the customers who buy the products, services etc. therefore they should be able to better understand and know what they look for when they make purchases.

There are these “doctors” who are hunting worldwide and want to transform people’s feelings, beliefs, life in what becomes useless except again, to those who keep the score boards. That kind of Titan that was sunk by an iceberg is not the same as The Titans that know how the environment influences them and how they influence the environment.

At this level, the energy is continuously exchanged, and it should never become extinct for many generations to come while everybody maintains a uniqueness and positive thinking. An environment in which humans develop, their growth leaves imprinted pattern for many generations therefore a positive way of looking will see the differences first and then some similarities. While the Universe is built on radiation and energy, the humans need to fully understand their impact on each other.