Change Management as an expression of art and culture (Lesson 3, Article 1) 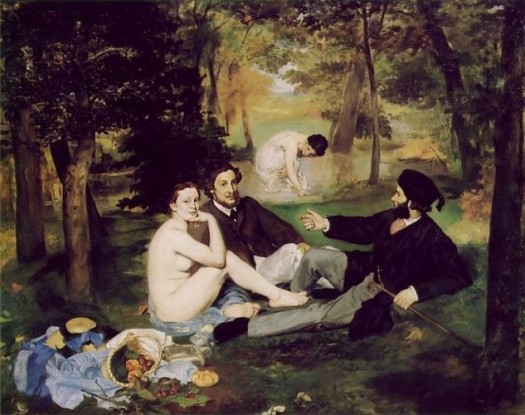 (57) The most contradictory topic in today’s business world is the change management concept. The next blogs will be about change management, and I will be looking to find the origins of why changes are mainly associated with something disruptive and abrupt as opposed to calm and peace. From the start, one question that we should ask ourselves is why do we reach a level that will eventually require changes? Why can’t we just do what is good and positive from the beginning rather than making significant changes towards the end, and how do we know when the end is being reached? Are there some standards visible or maybe invisible that signals “End of the Road”?

Can we really develop a system that will measure when the time for change has come, and how that system will look like? When impressionism occurred in art in France (mid. 19th century) with a nude exposed in the middle of a landscape as opposed to clear details and structural representations of wars, religions, and portraits, the world was ready for a change. Art and culture are always the avant-garde representation on how feelings and emotions that are repressed through imposed norms and standards become suddenly difficult to be kept under control. In the 19th century, many artists have started to paint outside “ en plair air” instead of inside in studios while paint became available in tubes instead of mixing and grinding the dry pigments. The direct correlation of psychological changes that occurred in some artists led to changes in some industries. Artists started to describe the real world with strokes of brushes rather than continuous lines, by breaching the conservative steps. They were mixing wet paint, proving that world was ready for changes. Changes in composition became spontaneous and momentary rather than permanent and arranged. Artists were suddenly expressing their perceptions of nature rather than design the detailed representation. Dynamism as opposed to static representation were transforming societies during the 19th to 20th Centuries as the largest transformations were seen in art, different industries, and science. Have we reached a level today where it is time to make deeper and more significant changes?

The answer is definitively positive as we can see that the modern life, although it offers some comfort it is limited and stereotyped. Encouragement for taking steps leading to development outside of the normal standards which have been imposed in an effort to accumulate rather than share and collaborate, can only happen when both Education System and organizations have been identified as critical to the future of our existence.